Two themes in the book are 1) mixing readymades and custommades and 2) ethics.

Two themes run throughout this book, and I’d like to highlight them now so that you notice them as they come up over and over again. The first can be illustrated by an analogy that compares two greats: Marcel Duchamp and Michelangelo. Duchamp is best known for his readymades, such as Fountain, where he took ordinary objects and repurposed them as art. Michelangelo, on the other hand, didn’t repurpose. When he wanted to create a statue of David, he didn’t look for a piece of marble that kind of looked like David: he spent three years laboring to create his masterpiece. David is not a readymade; it is a custommade (figure 1.2). 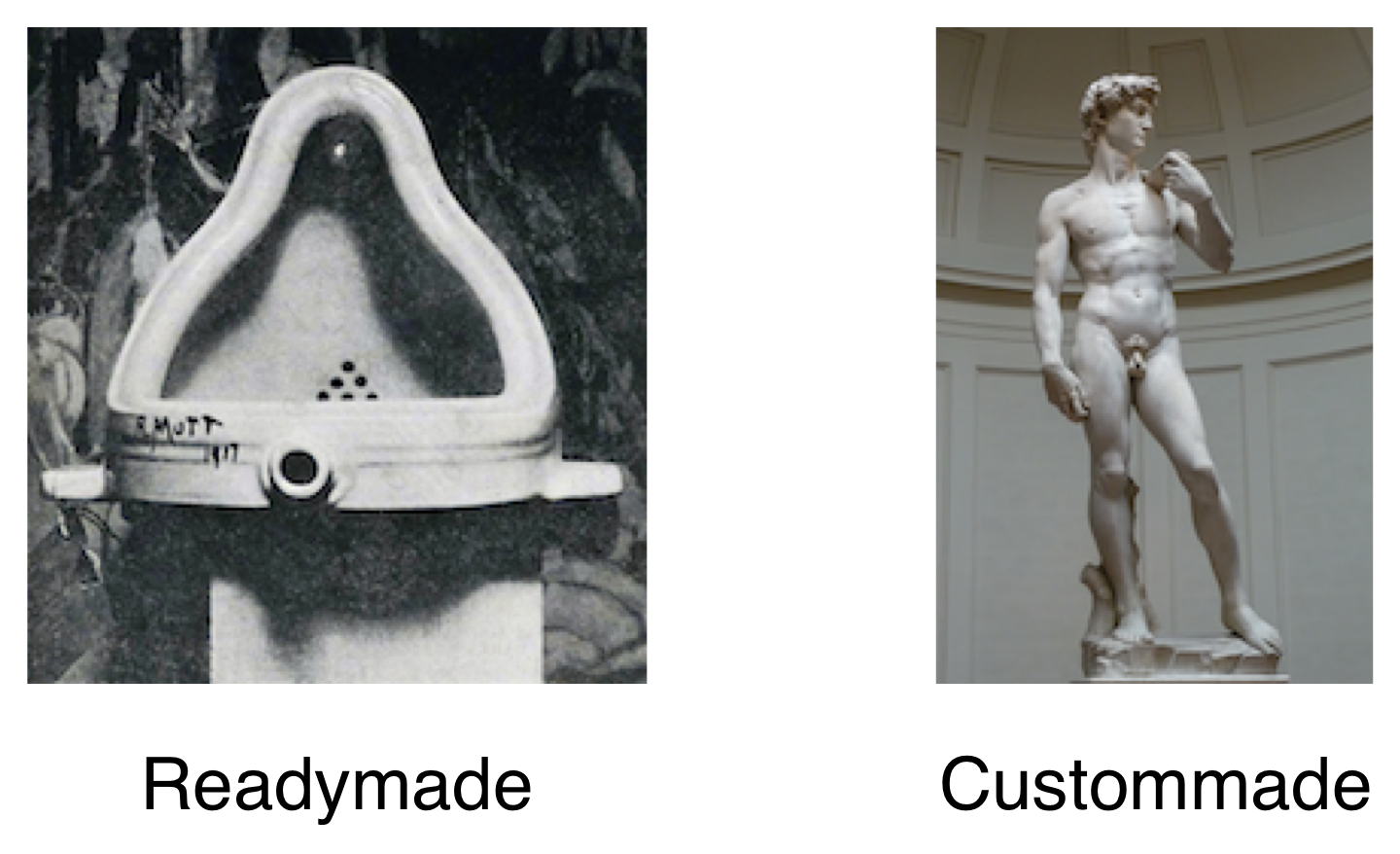 Figure 1.2: Fountain by Marcel Duchamp and David by Michaelangelo. Fountain is an example of a readymade, where an artist sees something that already exists in the world then creatively repurposes it for art. David is an example of art that was intentionally created; it is a custommade. Social research in the digital age will involve both readymades and custommades. Photograph of Fountain by Alfred Stiglitz, 1917 (Source: The Blind Man, no. 2/Wikimedia Commons). Photograph of David by Jörg Bittner Unna, 2008 (Source: _Galleria dell’Accademia, Florence/Wikimedia Commons).

These two styles—readymades and custommades—roughly map onto styles that can be employed for social research in the digital age. As you will see, some of the examples in this book involve clever repurposing of big data sources that were originally created by companies and governments. In other examples, however, a researcher started with a specific question and then used the tools of the digital age to create the data needed to answer that question. When done well, both of these styles can be incredibly powerful. Therefore, social research in the digital age will involve both readymades and custommades; it will involve both Duchamps and Michelangelos.

A second theme that runs through this book is ethics. I’ll show you how researchers can use the capabilities of the digital age to conduct exciting and important research. And I’ll show you how researchers who take advantage of these opportunities will confront difficult ethical decisions. Chapter 6 will be entirely devoted to ethics, but I integrate ethics into the other chapters as well because, in the digital age, ethics will become an increasingly integral part of research design.

The work of Blumenstock and colleagues is again illustrative. Having access to the granular call records from 1.5 million people creates wonderful opportunities for research, but it also creates opportunities for harm. For example, Jonathan Mayer and colleagues (2016) have shown that even “anonymized” call records (i.e., data without names and addresses) can be combined with publicly available information in order to identify specific people in the data and to infer sensitive information about them, such as certain health information. To be clear, Blumenstock and colleagues did not attempt to infer sensitive information about anyone, but this possibility meant that it was difficult for them to acquire the call data and it forced them to take extensive safeguards while conducting their research.

Beyond the details of the call records, there is a fundamental tension that runs through a lot of social research in the digital age. Researchers—often in collaboration with companies and governments—have increasing power over the lives of participants. By power, I mean the ability to do things to people without their consent or even awareness. For example, researchers can now observe the behavior of millions of people, and as I’ll describe later, researchers can also enroll millions of people in massive experiments. Further, all of this can happen without the consent or awareness of the people involved. As the power of researchers is increasing, there has not been an equivalent increase in clarity about how that power should be used. In fact, researchers must decide how to exercise their power based on inconsistent and overlapping rules, laws, and norms. This combination of powerful capabilities and vague guidelines can force even well-meaning researchers to grapple with difficult decisions.