Wikipedia is amazing. A mass collaboration of volunteers created a fantastic encyclopedia that is available to everyone. The key to Wikipedia’s success was not new knowledge; rather, it was a new form of collaboration. The digital age, fortunately, enables many new forms of collaboration. Thus, we should now ask: What massive scientific problems—problems that we could not solve individually—can we now tackle together?

Collaboration in research is nothing new, of course. What is new, however, is that the digital age enables collaboration with a much larger and more diverse set of people: the billions of people around the world with Internet access. I expect that these new mass collaborations will yield amazing results not just because of the number of people involved but also because of their diverse skills and perspectives. How can we incorporate everyone with an Internet connection into our research process? What could you do with 100 research assistants? What about 100,000 skilled collaborators?

There are many forms of mass collaboration, and computer scientists typically organize them into a large number of categories based on their technical characteristics (Quinn and Bederson 2011). In this chapter, however, I’m going to categorize mass collaboration projects based on how they can be used for social research. In particular, I think it is helpful to roughly distinguish between three types of projects: human computation, open call, and distributed data collection (figure 5.1). 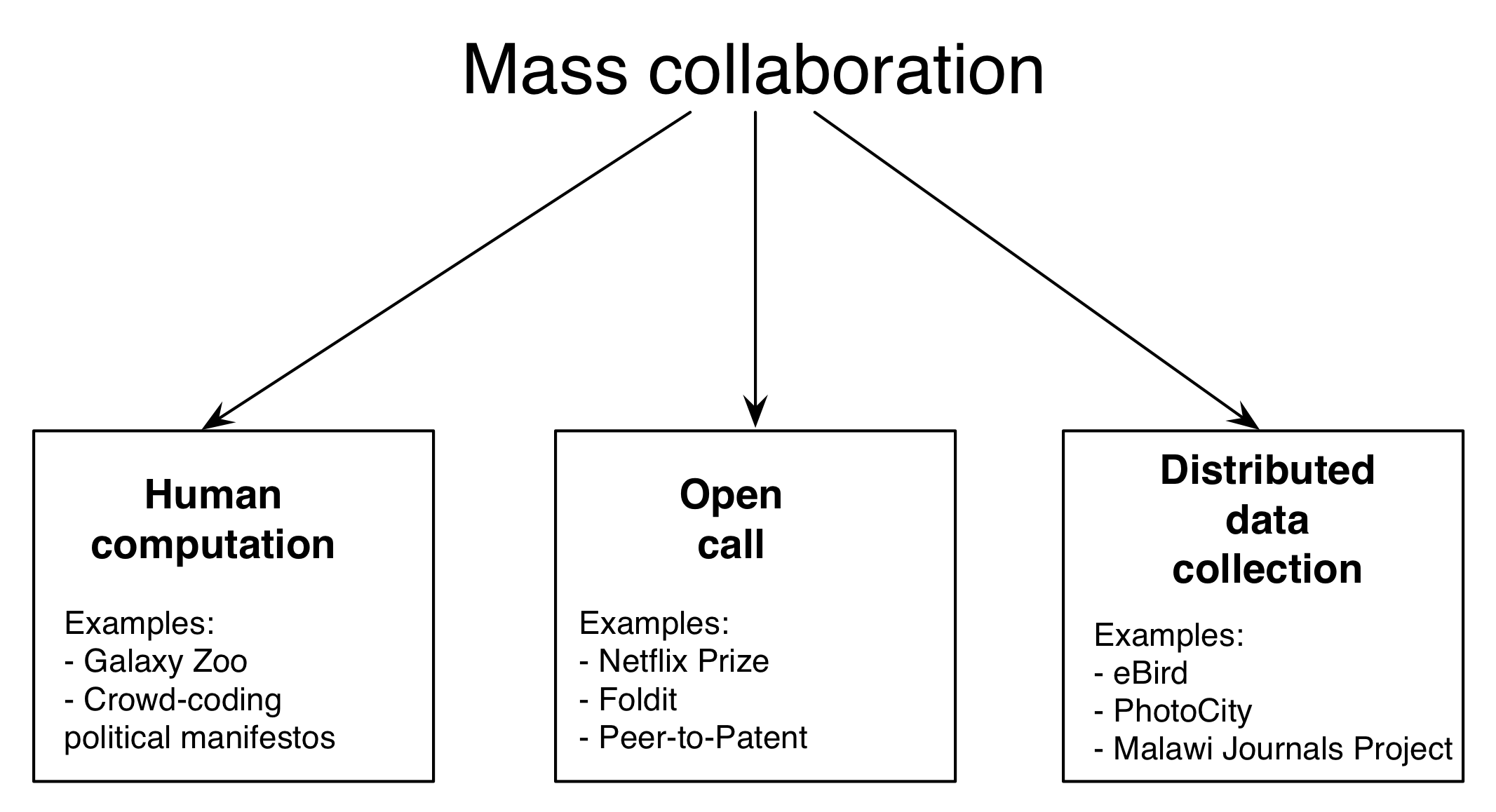 In the previous chapters, you have seen what can be learned by engaging with people in three different ways: observing their behavior (Chapter 2), asking them questions (Chapter 3), and enrolling them in experiments (Chapter 4). In this chapter, I’ll show you what can be learned by engaging people as research collaborators. For each of the three main forms of mass collaboration, I will describe a prototypical example, illustrate important additional points with further examples, and finally describe how this form of mass collaboration might be used for social research. The chapter will conclude with five principles that can help you design your own mass collaboration project.