Foldit is a protein-folding game that enables non-experts to participate in a way that is fun.

Protein folding is the process through which a chain of amino acids takes on its shape. With a better understanding of this process, biologists could design proteins with specific shapes that could be used as medicines. Simplifying quite a bit, proteins tend to move to their lowest-energy configuration, a configuration that balances the various pushes and pulls within the protein (figure 5.7). So, if a researcher wants to predict the shape into which a protein will fold, the solution sounds simple: just try all possible configurations, calculate their energies, and predict that the protein will fold into the lowest-energy configuration. Unfortunately, trying all possible configurations is computationally impossible because there are billions and billions of potential configurations. Even with the most powerful computers available today—and in the foreseeable future—brute force is just not going to work. Therefore, biologists have developed many clever algorithms to efficiently search for the lowest-energy configuration. But, despite massive amounts of scientific and computational effort, these algorithms are still far from perfect.

David Baker and his research group at the University of Washington were part of the community of scientists working to create computational approaches to protein folding. In one project, Baker and colleagues developed a system that allowed volunteers to donate unused time on their computers to help simulation protein folding. In return, the volunteers could watch a screensaver showing the protein folding that was happening on their computer. Several of these volunteers wrote to Baker and colleagues saying that they thoughts that they could improve on the computer’s performance if they were could get involved in the calculation. And thus began Foldit (Hand 2010).

Foldit turns the process of protein folding into a game that can be played by anyone. From the perspective of the player, Foldit appears to be a puzzle (figure 5.8). Players are presented with a three-dimensional tangle of protein structure and can perform operations—“tweak,” “wiggle,” “rebuild”—that change its shape. By performing these operations players change the shape of the protein, which in turn increases or decreases their score. Critically, the score is calculated based on the energy level of the current configuration; lower-energy configurations result in higher scores. In other words, the score helps guide the players as they search for low-energy configurations. This game is only possible because—just like predicting movie ratings in the Netflix Prize—protein folding is also a situation where it is easier to check solutions than generate them. 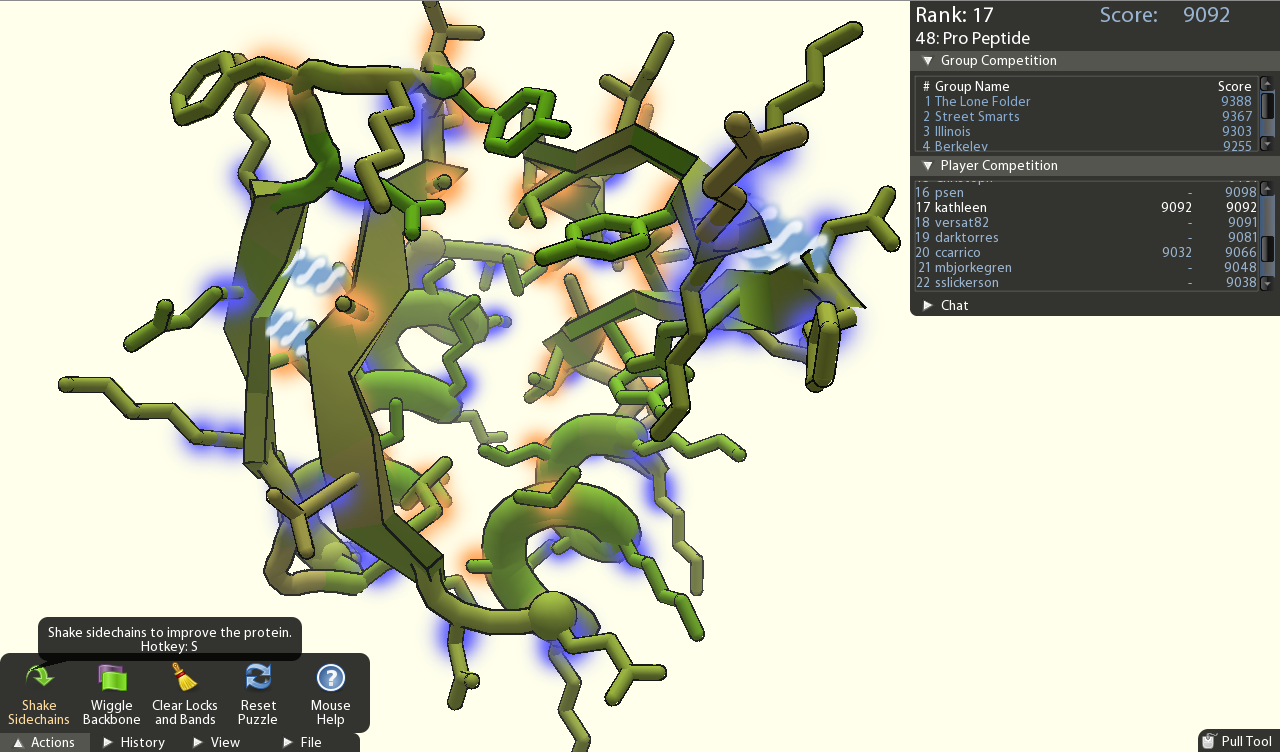 Figure 5.8: Game screen for Foldit. Reproduced by permission from http://www.fold.it.

Foldit’s elegant design enables players with little formal knowledge of biochemistry to compete with the best algorithms designed by experts. While most players are not particularly good at the task, there are a few individual players and small teams of players who are exceptional. In fact, in a head-to-head competition between Foldit players and state-of-the-art algorithms, the players created better solutions for 5 out of 10 proteins (Cooper et al. 2010).

Foldit and the Netflix prize are different in many ways, but they both involve open calls for solutions that are easier to check than generate. Now, we will see the same structure in yet another very different setting: patent law. This final example of an open call problem shows that this approach can also be used in settings that are not obviously amenable to quantification.