3.6 Surveys linked to other data

Linking surveys to other data sources enables you to produce estimates that would impossible otherwise.

Most surveys are stand-alone, self-contained efforts. They don’t build on each other and they don’t take advantage of all of the other data that exists in the world. This will change. There is just too much to be gained by linking survey data to other data sources, such as the digital trace data discussed in Chapter 2. This ability to link surveys to other data highlights the fact that asking and observing are complements and not substitutes.

In particular, I’ll distinguish between two different ways of linking asking and observing: amplified asking and enriched asking (Figure 3.10). In amplified asking, the digital traces are not of any direct interest other than their ability to help extract more value from the survey data. In enriched asking, on the other hand, the digital trace actually has a core measure of interest and the survey data builds the necessary context around it. 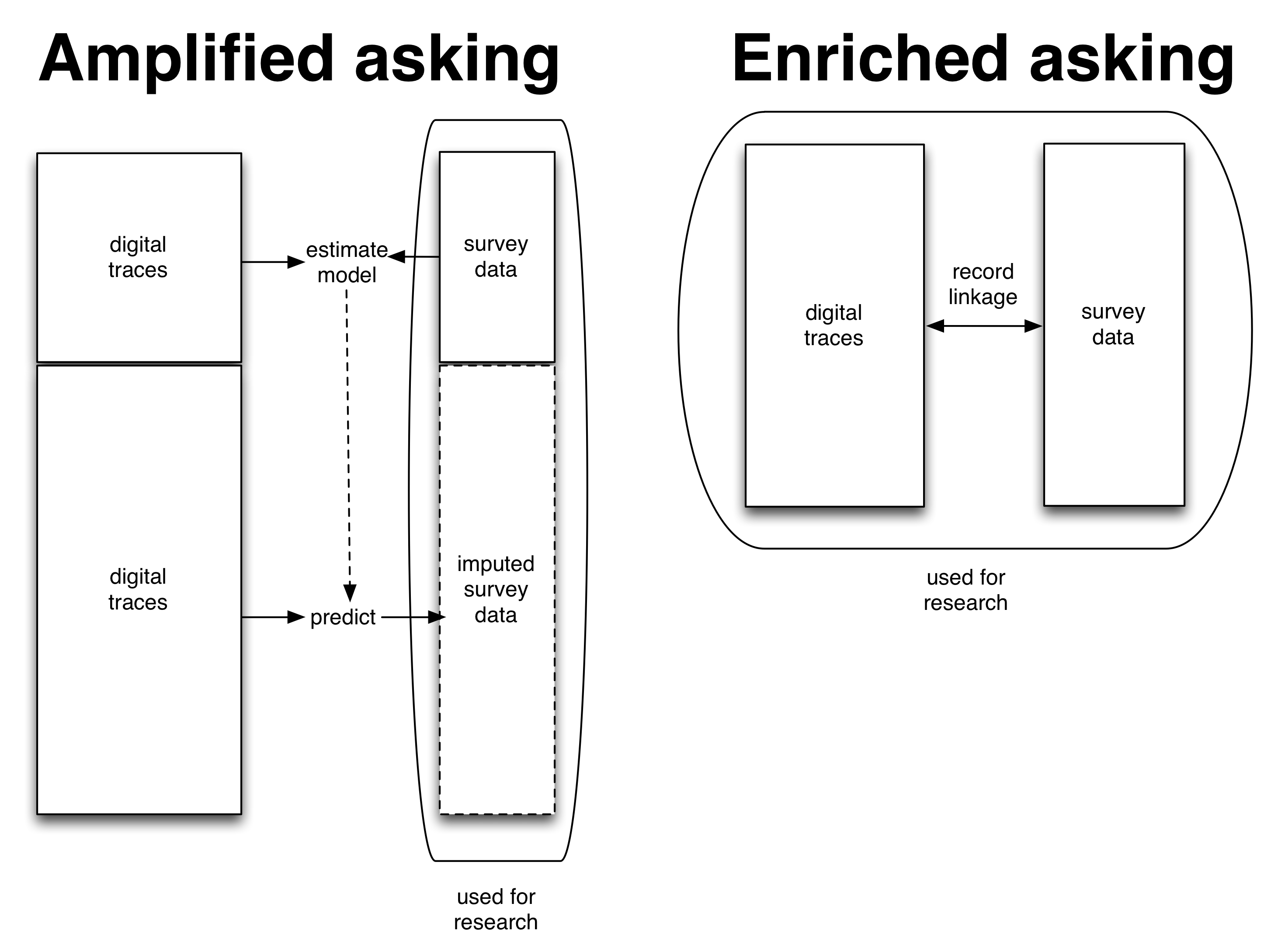